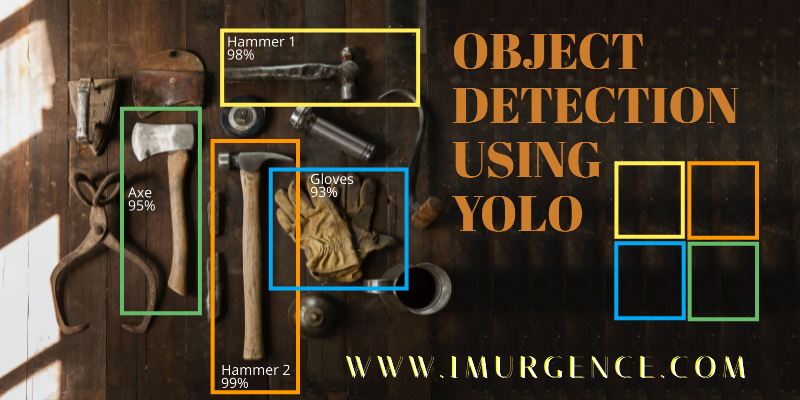 How to do Object Detection in Python Using YOLO ?

YOLO = you only look once

In the field of computer vision, it's also known as the standard method of object detection.

Between 2015 and 2016, Yolo gained popularity. Before 2015, People used to use algorithms like the sliding window object detection algorithm, but then R CNN, Fast R CNN, and Faster R CNN became popular. We don't simply detect photos in Yolo. We also provide bounding boxes around the objects.

It was created by Joseph Redmon et al., and the initial version of Yolo was launched in 2016, followed by Yolo version 2 in 2017.Yolo v4 was published in 2020 after the third version was released in 2018. And recently Yolo version 5 has been released.

In the present execution, we are going to use yolov3, not the latest update yolov4 because yolov4 came with two weights files where the author didn't explain why the two weights have been used. And also Joseph Redmon was not the author anymore for Yolo v4 and v5, where it affects the Yolo algorithms and side deviation of many programmers and experts sharing their view as Yolo v3 recall speed is faster than the latest versions.

About Yolo and how it works.

YOLO is a real-time object identification Convolutional Neural Network (CNN). The program separates the image into areas and predicts bounding boxes and probabilities for each region using a single neural network. The projected probabilities are used to weigh the bounding boxes. 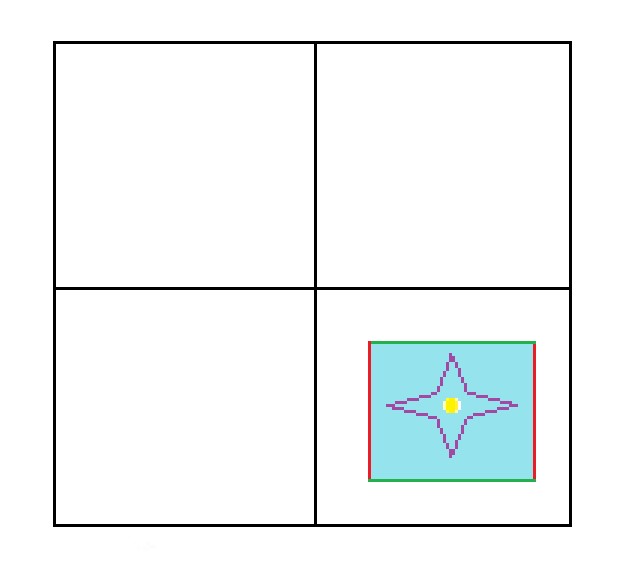 YOLO is popular because it has a high level of accuracy and can run in real-time. The approach takes only one forward propagation to run through the neural network to make predictions, so it "only looks once" at the image.

It then returns detected items together with bounding boxes after non-max suppression (which ensures that the object detection algorithm only discovers each object once).

Yolo emits a vector whenever it detects an object in an image. The vector holds all the information about the image that was found.

the vector consist of:-

P(object)*IOU is known to be a confidence score. IOU is one of the most Important properties in Yolo. 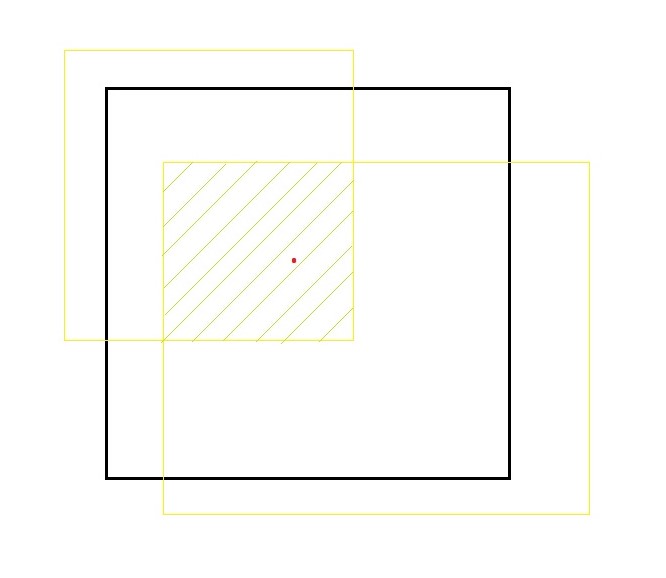 The red colored dot is the center of the object identified. Where the black box is the bounded box (predicted box) and the yellow boxes are ground truth regions. We go with equation

P(object)*IOU is required to be high because the high score indicates high accuracy.

The coordinates of the object's Centre are x and y.

w and h are the width and height (respectively) of the box bounded.

These C's denotes all the classes in the model. When the object is identified to respective class it is numbered 1 and all the rest are denoted with 0(zero)

If we go through a scenario. Yolo with two classes (c1=dog and c2=cat), where an image with a cat is passed to the algorithm, we can expect the output vector as

In the same scenario, if the image with the dog is passed then the output can be expected as

Always the p(c) will be somewhere between 0 and 1.

Importing all the requirements.

Weights and Cfg are the output files of the darknet detect train model. We also add classes to the program from the class file. Download this zip file , yolo-project.zip. This has all the pre requisites for executing the project, including the sample image files. You can unzip these files on to your working directory.

Remember that we won't immediately use the entire image on the network; we'll need to convert it to a blob first. A Blob is a tool for extracting and resizing image features. The ideal scale factor for blob is 0.00392. Then there are many sizes for blob (224,224)(416,416) low and high sizes, respectively. Finally, the mean will be the RGB values we would like to pass to our Convolutional Neural Networks.

The detection is complete at this stage, and all that remains is to display the results on the screen. We then iterate through the outs array, calculating confidence and selecting a confidence threshold.

When performing the detection, we may find that we have multiple boxes for the same object, in which case we should use a different algorithm to remove this "noise."It's referred to as non-maximum suppression.  cv2.dnn.NMSBoxes(boxes, confidences, SCORE_THRESHOLD, IOU_THRESHOLD) SCORE_THRESHOLD: The model is assumed to never return predictions with a score lower than this value. IOU_THRESHOLD: This value is used in object detection to calculate the overlap of an object's predicted and actual bounding boxes.

Finally, we place data on the image and display it. Using all the data we collected in the process. We place boxes and class names. We are placing a confidence score on the top of the box to show how accurate our model is in detecting objects. 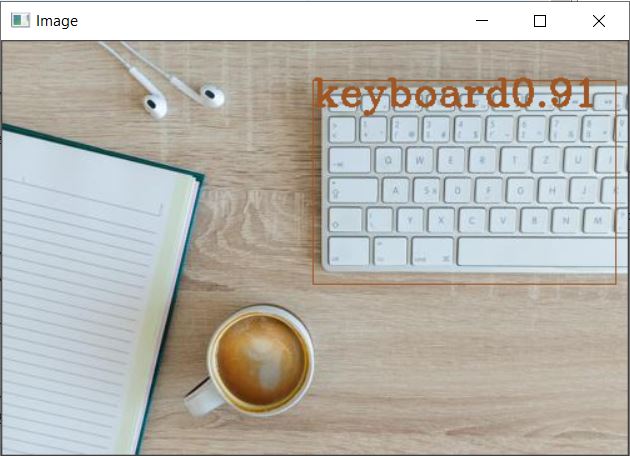 This is the Object identification observed on the first sample file. We need to iteratively run the code for the next three images as provided in the sample zip folder, or alternatively you can pack the whole code into a function and call it. Displayed herein is the result observed for the remaining three files as well. 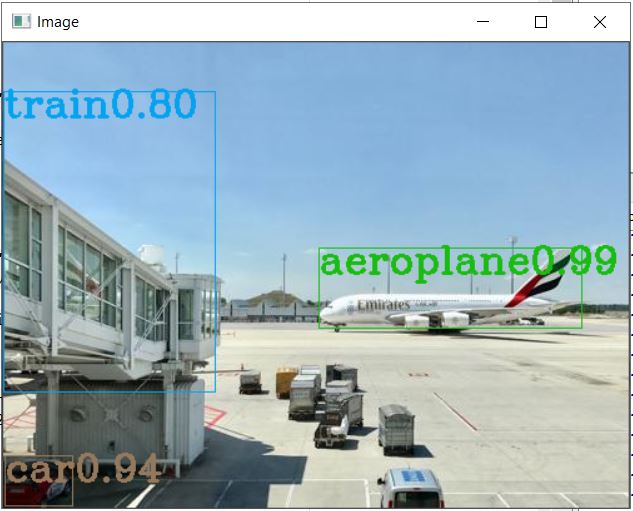 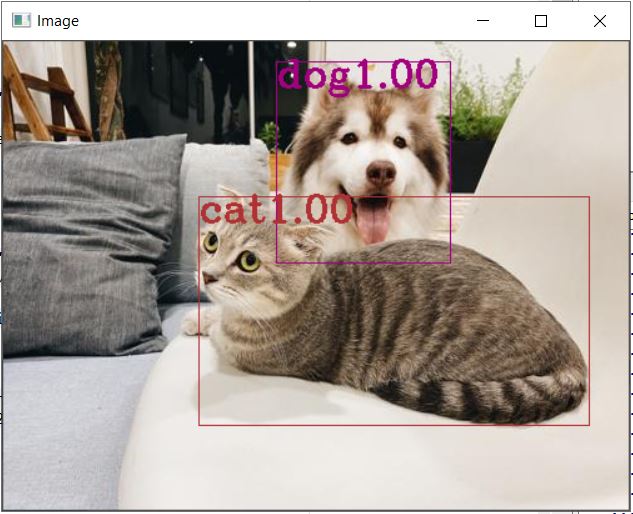 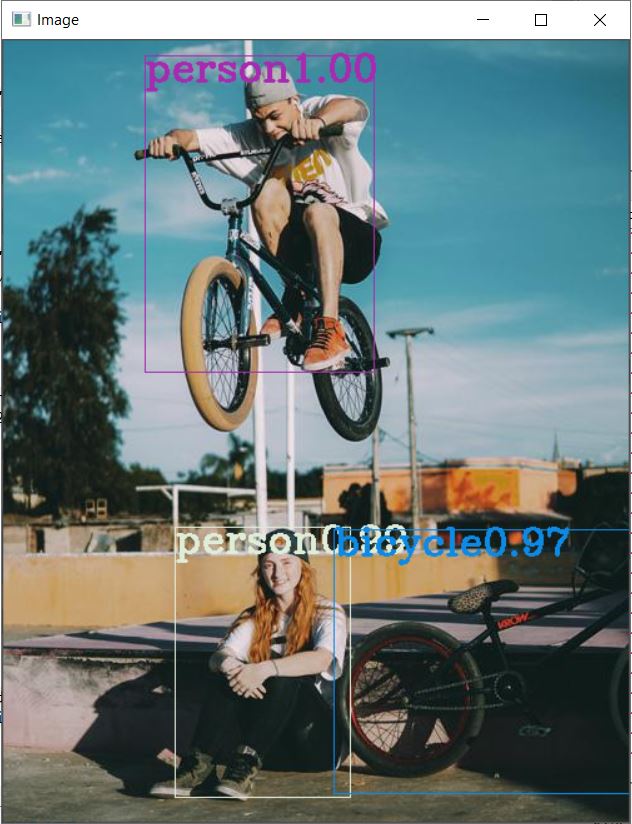 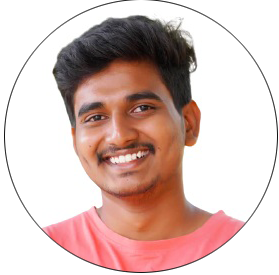 Sujith Kumar is a Data Science intern at simple and real Analytics. He is a self-learning data science aspirant. Pursuing  graduation bachelors in computer science and engineering at IIIT-RGUKT. 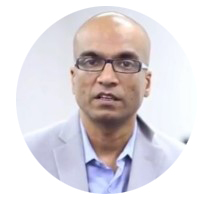