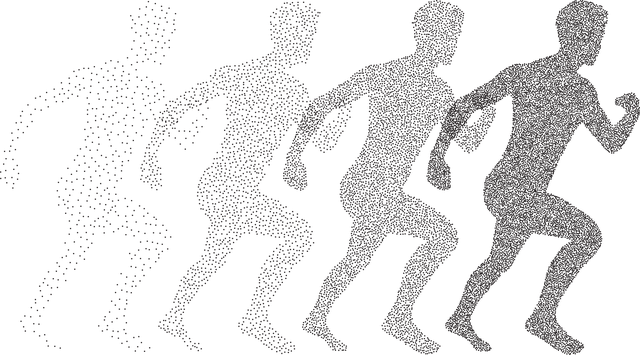 How to implement Linear regression from scratch in Python

It is a type of predictive modelling technique based on statistics, created to predict the value of a specific entity based on historical data. It is a supervised machine learning algorithm. It is used to predict the value of a continuous variable also known as target variable or response variable based on one or more than one predictor (also known as features or independent variables).

What is linear regression used for?

Linear regression can be used in different sectors viz. in real estate sector for the valuation of a property, in the retail sector for predicting monthly sales and the price of goods, for estimating the salary of an employee, in the educational sector for predicting the %marks of a student in the final exam based on his previous performance, etc. Financial forecasting is a classic application of regression that uses related information to predict the future value of entities like revenues, expenses, exchange rates, and capital costs.

Why is linear regression a supervised machine learning algorithm ?

Linear regression is a supervised machine learning technique in which the system is trained with the target variable for identifying the trend before it can predict the outcome with unknown feature variable.
For example, consider the diagram below, in which a training model is constructed consisting of a single feature variable which is GRE score, and a target variable which is the % chance of getting admission into the University.
Once the machine is trained with the specified model, the system can predict the target variable (% change of getting admission) based on the test dataset containing unlabelled GRE score as specified in the diagram below. 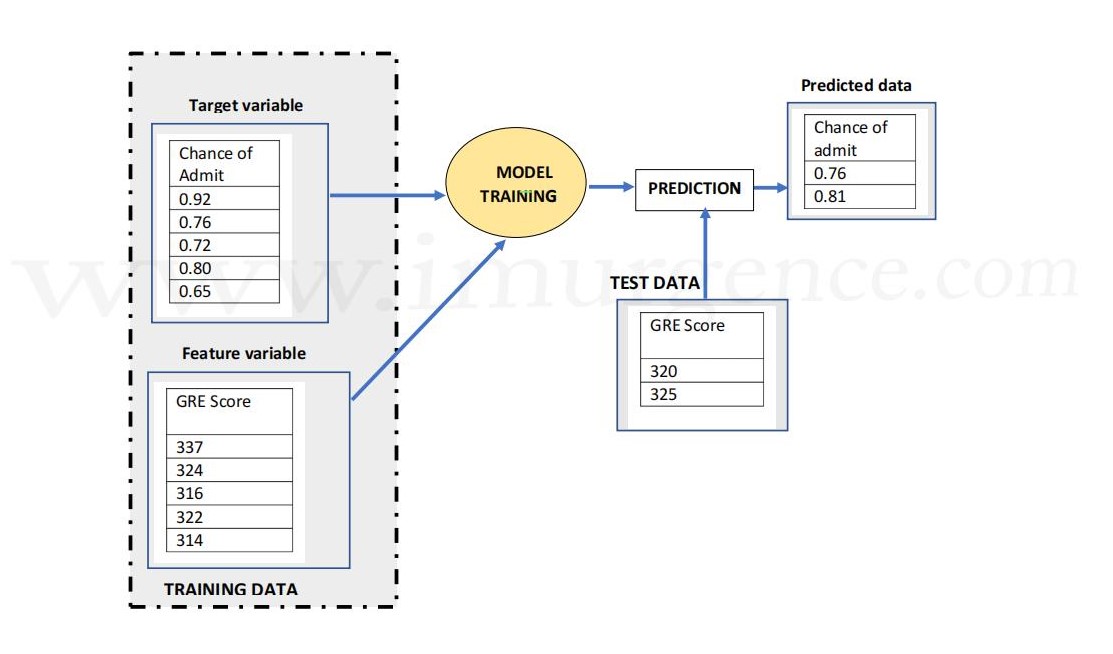 What are the types of linear regression?

In simple linear regression a single feature variable or predictor determines the value of target variable or the outcome. 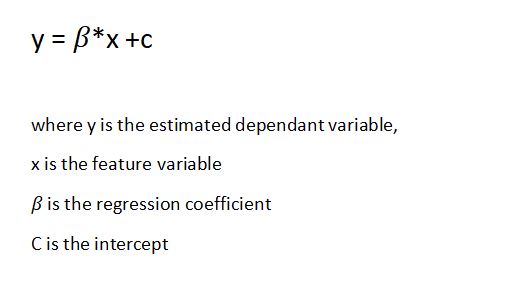 In Multiple linear regression, multiple feature variables are involved in determining the outcome or the value of target variable.

The equation is as follows: -

How do you calculate parameters of simple linear regression? 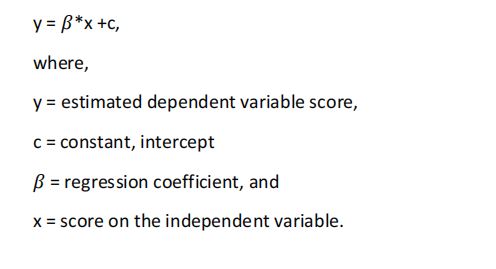 We have a sample data set in which value of response y against every feature x is tabulated as in Figure 2:
x as feature vector
y as response vector

A scatter chart helps to visualize the response against every feature and we are trying to draw a line draw covering most of the data points. We can also call this as a regression line.

A regression line is a straight line depicting the linear relationship between the two variables and is represented by a regression coefficient( ß) which is also the slope of the line, and the intercept which is also labelled as constant and is the expected mean value of y when all x=0.
There can be 3 different scenarios:
1. When there is no change in the value of y with respect to change in the value of x, ß is 0.
2. With increase in value of x, the value of y increases (x is directly proportional to y), ß is +ve.
3. With increase in value of x, y decreases (x is inversely proportional to y), ß is -ve.

The University Admission Prediction dataset contains several parameters which are considered important during the application for Masters Programs. The data is available on kaggle. We have kept a copy of the University Admission Prediction dataset here.
For Simple linear regression let us consider the “GRE Score” (out of 340) as the feature which influences the “chance of admit” which ranges from 0 to 1. 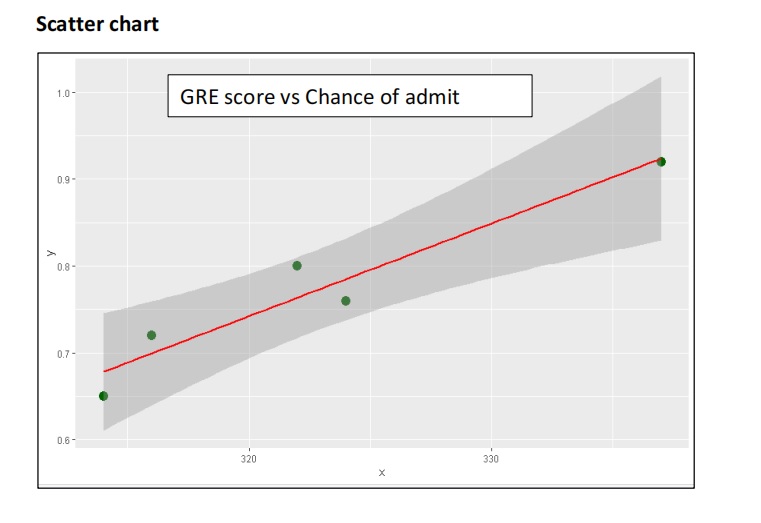 Figure 6 : Scatterplot of top 5 Records in University Admission Dataset along with linear line 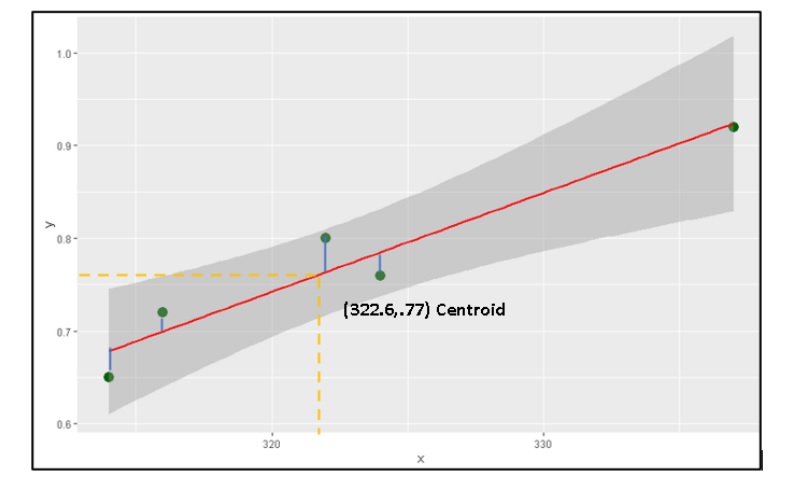 Calculate the slope of the line using the following equation: - 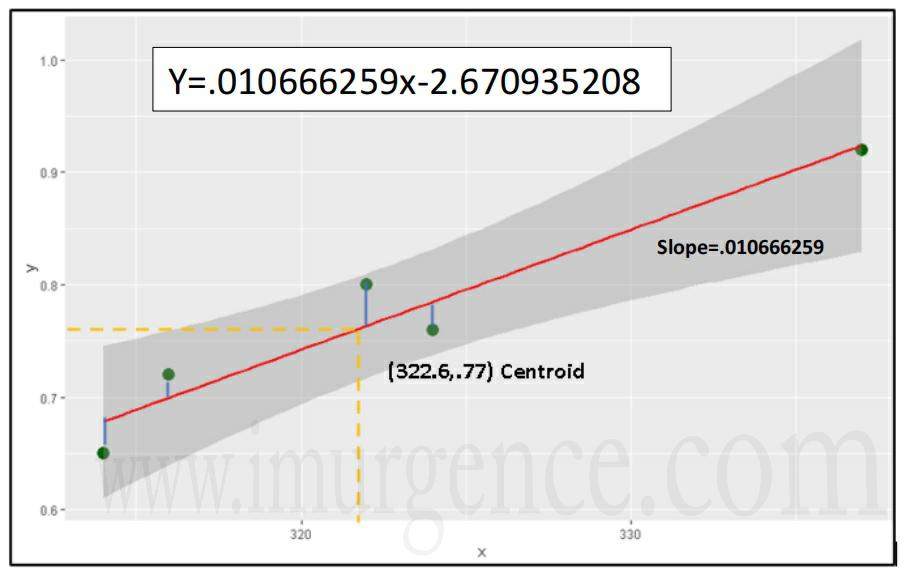 Figure 10 : Regression line in University Admission Dataset along with the slope represenation

What is R Square and how do you interpret R Squared in regression analysis?

R Square is also known as coefficient of determination and is a measure of the goodness of fit of the regression line to existing data points. The value of R Square ranges from 0 to 1.

Where,
yi is the target or response variable in the test dataset and pi is the predicted response variable. R - square is calculated in the training dataset to understand the accuracy of the model. 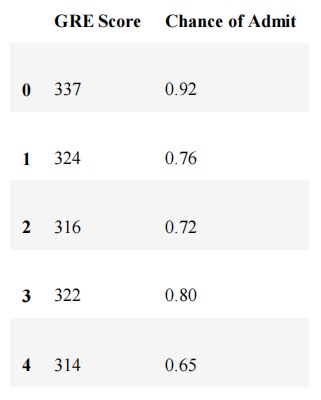 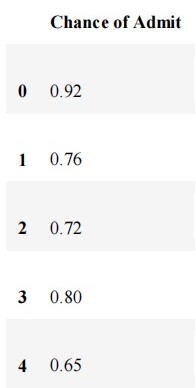 from sklearn.metrics import r2_score
The target variable of the test dataset is unknown so we need to use the training dataset

We have done this implemenation on the top 5 records of the dataset. As a next step you should implement the same on the complete data set. 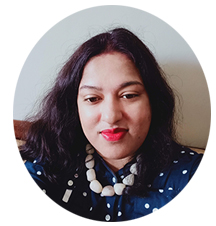 Indrani Sen is an Academician, Freelance Machine learning and coding instructor, and Ph.D. research scholar in the University of Mumbai. She has more than 15 years of experience in Teaching Computer Science and IT in various leading colleges and the University of Mumbai. As a machine learning trainer, she has worked with various clients like Tata Consultancy Services, Great Lakes Institute of Management, Regenesys Business school, etc. to name a few.